Telephone
Online Enquiry
Foodbanks
An Income to Live by

We have published the first ever representative report on the impact No Recourse to Public Funds has.

No Recourse to Public Funds

Migrants blocked from benefits are four times more likely to be behind on bills, study finds

A study by Citizen’s Advice shares the first representative polling of people with No Recourse to Public Funds, which lays bare the shocking hardship faced by this group as a result of being locked out of the welfare state.

Of those polled, 81 per cent said they were behind on at least one essential bill — four times that of the general population. Almost half — 48 per cent — report living in overcrowded accommodation and one in five have experienced homelessness or housing insecurity.

This article about sending Christmas presents to the EU in time for Christmas references our new league table for delivery companies. Our research found none of the leading delivery firms rated highly in terms of customer service. Dame Clare Moriarty said: “Our findings show it’s time for Ofcom to come forward and introduce tougher rules across the board.”

Principal Policy Manager, Anne Pardoe, was interviewed about the state of the postal market on BBC Radio 4’s You and Yours (listen from the start).

We responded to the news that two more energy suppliers – Orbit and Entice Energy – have collapsed. 25 energy companies have now failed since the gas crisis began in August. Our Head of Energy Policy, Gillian Cooper, said: “As suppliers continue to fall like dominoes, it’s clear the market is not functioning as it should and there are serious questions for Ofgem to answer about how this has been allowed to happen.”

An opinion piece on the cost of living crisis by Dame Clare Moriarty was published in iNews following our research last week. Clare writes: “Many of us are seeing our bills go up, but it’s people on the lowest incomes who’re really feeling the pressure piling on.”

Caroline Mackinson, Citizens Advice Diss, Thetford & District, was interviewed about the crisis on BBC Radio Norfolk (listen from 2hrs 44 mins in). Caroline talked about the challenges for people in rural areas.

This article used a recent survey for Citizens Advice, which found that almost one in 10 people were planning to use BNPL to help with Christmas shopping. Kate Hobson from Citizens Advice is quoted, urging consumers “not to spend more than they can afford”. She added “If you’re considering using buy now pay later, make sure you understand what you’re signing up for, how you’ll make the repayments and what will happen if you can’t pay on time.”

Universal Credit cut: Everything you need to know 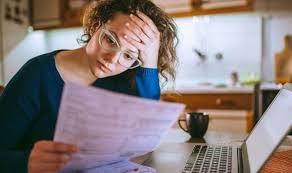 Over the coming weeks, people claiming Universal Credit will receive notifications about a cut to their benefits this autumn. Benefits experts at Citizens Advice, which is campaigning against the cut, set out what this means for claimants.

When will the cut happen?

As it stands, the government is set to slash benefits by £20 a week – equivalent to £1,040 a year – from 6 October. The exact date  people will see the cut kick in will depend on the day they get their Universal Credit payment. For many, this means September will be the last month they see their benefits paid at existing levels.

How many people will be affected?

If plans go ahead, the cut will hit nearly six million people on Universal Credit. More than a third (38%) of those who’ll see their income hit are already in employment, while one in six (16%) are under 25. Latest figures show roughly 1.9 million families with children will see their benefits cut.

Regions that will see the biggest proportion of residents hit by the cut are London and the North East.

How much could I lose?

While every Universal Credit claim will drop by around £85 a month, the proportion of income claimants will lose will vary depending on their circumstances. Single people under 25 are set to be hit by the biggest drop.

Previous analysis by Citizens Advice shows £20 a week is equivalent to six days of energy costs or three days of food costs for a low-income family.

What support is available if I’m worried about my income?

You’re not alone and there is support available. Everyone’s situation is different so it’s important to seek independent help from somewhere like Citizens Advice. Depending on your circumstances, this could include:

“Many people seeking our advice at the moment are unaware of an impending cut to their Universal Credit. Understandably, when they realise their benefits are set to drop by £20 a week it causes a lot of anxiety.

“If you’re in this position, remember you are not alone and there is support available. As a first step, make sure you’re checking your online journal regularly so you know how much your benefits will reduce by and when.

“Citizens Advice is on hand to help you understand what the cut means and what you can do if you’re worried about making ends meet.”

“More than half a million people have come to Citizens Advice for support with Universal Credit since the pandemic. We know the extra £20 a week has often meant the difference between empty cupboards and food on the table.

“The government should do the right thing and keep this vital lifeline. It’s the best way of making good on its ‘levelling up’ promise and supporting households to recover from this crisis.”

Back to the workplace: Your rights if you’ve been working from home 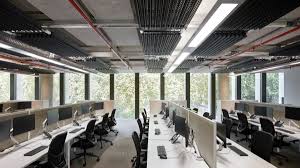 With guidance to work from home set to end in England from 19 July, Citizens Advice sets out your need to knows if you’re asked to return to your normal workplace.

I’ve been working from home, can my employer ask me to return to my normal workplace?

The short answer is yes. When you enter into a contract to work for an employer you have to comply with ‘reasonable management requests’. That means your employer can ask you to return to your normal workplace if your original contract specified that you would be office-based or based elsewhere.

In practice, many employers are looking into or actively encouraging a blended working model – some time at home – some time in the office/workplace.

You can ask to keep working from home, but that doesn’t mean your employer has to agree. Start by having an open conversation with your employer about your wishes, and consider making a flexible working request, which is a legal right all employees have. You can include your reasons why working from home is better for you and will also help the business.

What can I do if I’m worried about safety measures at work?

Your employer has a legal duty under the law, and under your contract, to ensure that your workplace does not pose a risk to your health and safety. Current guidance says employers should complete a Covid risk assessment and take steps to prevent transmission, including frequent cleaning and social distancing. This is due to be updated.

While wearing a mask in an enclosed space will no longer be mandatory, employers will still be free to set their own policies or rules in place to require workers or customers to wear masks.

If you are unhappy with safety measures at your workplace, you could report your employer to the Health and Safety Executive, but ideally you and your employer can solve the issues together.

I’m uncomfortable about taking public transport, what are my options?

Your employer’s duty is limited to things that are under its control, and so there is no clear legal position about whether it has to take into account the risks you face when travelling to and from work, as part of its health and safety assessment.

That said, your employer should listen to your concerns if you’re worried about having to use public transport after being called back into work. You could reach an arrangement that you’re comfortable with, for example, asking to travel at quieter times of the day.

What happens if I need to self-isolate?

You shouldn’t go into work if you’re self-isolating because you have coronavirus symptoms or have been in contact with someone who has tested positive for coronavirus.

You must tell your employer that you have to self-isolate. It’s worth telling them in writing so you have a record for later use.

If you’re unable to work from home, you may be entitled to benefits, sick pay or a self-isolation payment of £500 from your local council. If you’ve been furloughed before by your employer, you might also be able to furlough you for the period you need to self-isolate. See the Citizens Advice website for more information.

“With restrictions ending and workplaces reopening, people will understandably have questions about their rights. While you can ask to continue working from home, your employer doesn’t have to agree.

“If you have any concerns, it’s important to talk with your employer as soon as possible so that you can reach a solution that works for both of you.