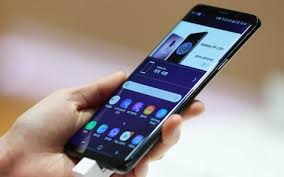 “As the government and Ofcom have recognised, it is unfair to continue charging people for their mobile handset after their contract has ended.

“We were encouraged by Ofcom’s initial announcement about the voluntary commitments from mobile companies. However, the discounts proposed by EE and Vodafone today don’t go nearly far enough, and will leave too many people continuing to overpay for their handset. We remain disappointed that Three is still refusing to act.

“Mobile companies need to do more to ensure all consumers get a fair deal. If Ofcom doesn’t have the power to act, the government should change the law so it can ban this practice outright.”

In July 2019, Ofcom announced a package of measures to increase fairness for mobile customers, including ‘out-of-contract’ customers, who would save money if they switched to a cheaper SIM-only deal. These customers are estimated by Ofcom to be overpaying around £182m a year. Virgin Mobile, Tesco Mobile, and O2 committed to moving ‘out of contract’ customers to SIM-only or best available airtime tariffs. EE and Vodafone committed to introducing discounts, with the amounts announced today. Three is the only major provider that has refused to take any action.

Citizens Advice submitted a super complaint on the loyalty penalty to the Competition and Markets Authority (CMA) in September 2018 calling for it to consider how the problem can be fixed in the mobile, broadband, home insurance, mortgages and savings markets. The CMA’s response to the super-complaint, in December of the same year, said it agreed and had found evidence of damaging practices by firms which exploit unsuspecting customers. The CMA said it wanted to see urgent action.

This is the fourth super-complaint Citizens Advice has made since being given the power in 2002. Its super-complaint on payment protection insurance (PPI) in 2005 helped to generate a huge win for consumers, with at least £36 billion returned to customers in refunds and compensation so far.