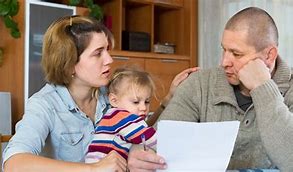 Our report on people coping with negative budgets ‘Life on less than zero’ has been published. The full press release is here.

Thousands more people will be unable to cover essential household bills if the universal credit uplift introduced in response to the coronavirus pandemic is removed, Citizens Advice has warned.

Analysis of the 6,264 people Citizens Advice helps with debt who receive universal credit or working tax credit showed three in four (75 per cent) would not be able to cover their essential household bills if the uplift was removed – an increase of 32 points on the current 43 per cent.

The charity is calling on ministers to make the uplift to universal credit and working tax credits permanent in order to “keep families afloat” in the months ahead. They should also introduce emergency loans for renters and help local authorities cover lost council tax revenue when people cannot afford to pay on time.

It is time to reboot the competition regime for the modern, digital age

The former business editor of The Times, and columnist for Financial News, David Wighton, wrote a substantial comment piece in Monday’s Times about our campaign to end the loyalty penalty.

Last month the financial regulator announced plans to ban car and household insurers from charging existing customers more than new ones. The move by the Financial Conduct Authority was a victory for the campaign to stamp out the loyalty penalty led by Citizens Advice,

It is two years since Citizens Advice issued a “super-complaint” requiring the Competition and Markets Authority to investigate the loyalty penalty. In five markets the CMA found that existing customers were being “ripped off” to the tune of £4 billion a year.

Welcoming the FCA’s “bold” move, Dame Gillian Guy, said there was much still to do, “given that most of those who were paying the loyalty penalty back then are still paying it now”.

And our Principal Policy Manager Morgan Wild appeared yesterday on Radio 4’s consumer programme You and Yours (about 16mins into clip) to talk about the loyalty penalty.

Morgan said some people, often the most vulnerable, find it very difficult to engage in the insurance market and the move by the FCA should help them.

But, he added, everyone would benefit: “[The FCA] predict that competition will increase as a consequence of their package of measures, secondly they think customers overall are going to pay £370 million pounds less – average prices will come down as well.” 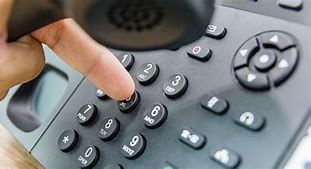 We’re helping one person every two minutes who is worried about redundancy.

Our Principal Policy Manager Minesh Patel, told Sky News: “People are really worried about what is going to happen next for them, particularly with the end of the furlough scheme this month. There is a real worry about there being another wave of redundancy.”

Our data shows the number of people coming to us for redundancy advice is more than triple that of the same time last year.

The story was also featured on Talk Radio, and in The Daily Express.

Andy Gillet, a telephone advice manager at Citizens Advice Blackpool, told the Express: “Work worries are really ramping up. With the end of the furlough scheme in just a few short weeks, a lot of people feel like they’re in the waiting room for a redundancy.

“There’s a sense of underlying anxiety, but at the same time people are trying to be practical, for example asking how they’d go about claiming benefits or what they can do about their bills if they suddenly lose their income.

“The hardest thing is people saying that if they lose their job there won’t easily be another to go into – for many, that’s the reality of the labour market.”

In The Guardian our welfare benefit expert Carlos Hagi said: “Facing redundancy can be an extremely difficult time.

“You may be feeling worried about the future and uncertain of how to manage your personal finances in the weeks and months ahead.”

Unemployment hits three-year high and most redundancies since 2009.