Our research into the “loyalty penalty” causing mobile phone customers to overpay by more than £100m a year was covered in the Mail Online. There have also been a number of local news stories this week covering issues including consumer rights, Universal Credit and debt.

Mobile phone customers who fail to switch to a new deal when their contract expires routinely overpay each month, because they are still being charged for their handset when they should be paying only for calls and data. However, tens of thousands of loyal mobile customers are unaware that they’re being overcharged. We’ve estimated that this “loyalty penalty” is costing customers £113 million a year. We’re calling on the Government to intervene to protect consumers.

”Breathing space” scheme starts for those in problem debt

BBC News, 04/05/2021, Kevin Peachey (also covered in The Mirror, the Daily Mail and local newspapers including In Your Area (Salford) & Wigan Today) 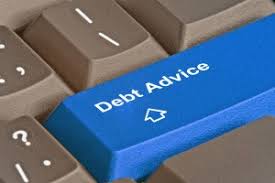 Council tax, rent and other forms of debt arrears will be awarded relief as the new “breathing space” scheme is launched by the Government today. While this is welcomed, consumers are urged not to forget their financial obligations.

Our debt advice expert, Lorraine Charlton, explains: “If you have unmanageable debts, the new scheme could give you the time to get the advice that will help, and to start taking action. Breathing space isn’t a temporary fix to simply keep your creditors at arm’s length. You’ll need to work with your debt adviser to try and make a plan to deal with your debts.”

Universal Credit: How do your wages from work affect your benefit payment?

Lancashire residents who made a Universal Credit claim at the onset of the pandemic are being warned that they might now have to provide proof that they were entitled to it – and urged to look out for attempts by benefits assessors to contact them. Citizens Advice services in Lancashire are urging Universal Credit recipients not to ignore phone calls that could be crucial in ensuring that they do not lose access to the benefit.

Our new report into Buy Now Pay Later companies has received widespread media coverage. We also put together advice on a new “breathing space” scheme to give people temporary protection from most types of debt collection which was picked up by the national press.

The press release detailing our research into Buy Now Pay Later can be found in the media section of the website.

The national Breathing Space press release is on our website.

Our Director of Policy, Matt Upton, spoke to the Today programme on Radio 4 (from 19 mins 57 into clip) last week about the pitfalls of Buy Now Pay Later schemes.

Matt said: “We talk about the sector as quicksand. Very, very easy for people to get into Buy Now Pay Later unwittingly, but incredibly difficult to drag themselves out when they have got into debt.”

Matt said better regulation could and should solve many of the current problems. He added that often the default option on websites was BNPL, rather than to buy things outright.

He said: “Things are not displayed in the way should be, so people can see them clearly. Now, yes, when we’re buying tings online we should all slow down, and read every single thing in front of us, but that’s not realistic, that’s not going to happen.”

Homeowners who fail to switch mortgage deal face paying thousands of pounds more in interest every year. Our research shows two-fifths of mortgage holders failed to remortgage at the end of their fixed term, resulting in considerably higher bills.

Alistair Cromwell said: “As the pandemic continues to take its toll on our finances, employment, health and relationships, it’s more important than ever that customers aren’t penalised for not switching.

“As Covid support schemes come to an end, tackling the loyalty penalty is one way that regulators can protect consumers from unfair and unnecessary costs.”

Our research on the loyalty penalty for mortgage payers was also featured in several regional papers including the Wigan Evening Post and the Sunderland Gazette.

Council tax, rent and other forms of debt arrears will be awarded relief soon as new “Breathing Space and Mental Health Crisis Debt Respite Schemes” are being launched by the Government next week. While this has been welcomed consumers have been urged not to forget their financial obligations.

Our Debt Expert Lorraine Charlton said: “The coronavirus pandemic has had a huge impact on lots of people’s finances, with millions falling behind on essential bills and getting into debt.

“With temporary protections on debt coming to an end, we’re worried that the real struggle will soon begin for many.”

She added: “Breathing Space isn’t a temporary fix to simply keep your creditors at arm’s length.