There has been coverage of Citizen Advice’s calls to improve Statutory Sick Pay and for a right to furlough.

Citizens Advice has responded to the government’s announcement of a Test and Trace service in England, which will ask people to self-isolate in line with public health advice.

Dame Gillian Guy, Chief Executive of Citizens Advice, said: “The government has provided substantial support for workers throughout the coronavirus crisis. It should now build on this by ensuring people don’t face a sudden drop in income if they have to self-isolate under the Test and Trace service.

“Problems with our system for sick pay are long-standing. Even for those eligible for Statutory Sick Pay, it may not be enough to cover essential living costs.

“The government must look to extend Statutory Sick Pay to those who aren’t currently eligible. People need enough to live on, so they can self-isolate if asked to without fear of being pushed into hardship.”

Many in shielded group facing “catch-22” as incomes plummet

There was further coverage of Citizens Advice’s latest research into the need for a right to furlough.

The charity has supported thousands of workers with underlying health conditions, and their family members, who have been denied access to the furlough scheme. Others were initially furloughed but have since been asked to return to frontline roles as shop workers and delivery drivers.

A loophole in government guidance has caused some of the country’s most vulnerable people to lose up to 60% of their income and is now forcing many to put their health at risk as lockdown comes to an end, one of the UK’s biggest charities has warned.

Debbie Nolan, health programme lead at Citizens Advice Liverpool, said: “We’ve seen a surge in concerns about health and safety over the past two weeks as people with serious medical conditions, and those they live with, are asked to return to work.”

The paper also featured our case study, Sarah, a mother of two who has been told to shield because of her daughter’s asthma and allergies.

She’s currently furloughed but has been told she will need to take unpaid leave if she doesn’t return to her job at a nursery when it reopens on 1 June.

Sarah said: I’ve basically been told to choose between my daughter’s health or keeping food on the table. It’s stressful. I can’t concentrate, I can’t sleep, I can hardly eat.”

The Express also covered what it branded the ‘furlough flaw’ and featured Sarah’s story.

Dame Gillian Guy told the paper: “The government’s extraordinary interventions have protected millions of jobs and incomes, but some of the most vulnerable have still fallen through the safety net.

“We’re already seeing worrying cases of people being caught in a catch-22 where they have been denied furlough and asked to work in direct contradiction of public health advice. We fear the situation could worsen as more workplaces reopen.”

The government has less than one month to act before measures protecting private renters from evictions proceedings expire.

Dame Gillian Guy, Chief Executive of Citizens Advice, said: “In the midst of this pandemic, it’s not right that renters should face the looming threat of eviction. With millions of people out of work and millions more on reduced incomes, it is a real struggle for many people to pay their rent.

“The government said no one should be forced out of their home because of coronavirus. It’s now time to stand by that promise and protect renters from the prospect of long-term debt or homelessness.” 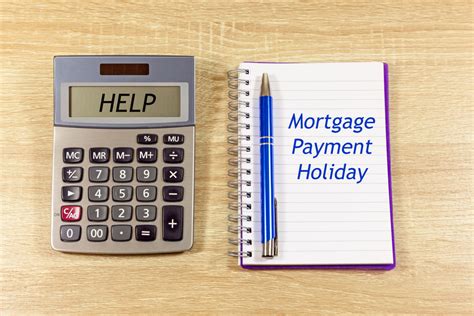 Dame Gillian Guy, Chief Executive of Citizens Advice, says: “These proposals are an important recognition that many households are struggling to pay their bills during this pandemic. They will provide vital security to those whose incomes have been hit by the economic consequences of coronavirus.

“It’s crucial that as protections for home-owners are extended, private renters aren’t left behind. Our research indicates that millions of renters are finding it hard to pay their rent during this crisis, and there is now just one month to go until the current protections against eviction come to an end.

“The government pledged that no renter would be forced out of their home because of coronavirus. It’s time for them to stand by that promise.”

All non-essential shops to reopen from 15 June.

UK firms to be asked to pay part of furloughed staff’s wages from August.

Councils will take ‘generation’ to pay for response.