Citizens Advice’s reaction to the new energy compensation rules has been featured in articles by the BBC, The Daily Mail and The Sun.

Energy regulator Ofgem has announced that gas and electricity customers will receive automatic compensation of £30 from May, if their switch to a new provider goes wrong.

Citizens Advice’s reaction to the change has been included in articles by the BBC, The Daily Mail and The Sun.

Dame Gillian Guy, Chief Executive of Citizens Advice, said: “These new protections should give more people the confidence to shop around and find the best deals.

“Households can still save hundreds of pounds by switching and shouldn’t be put through the hassle and stress of having to claim compensation when energy suppliers make mistakes.” 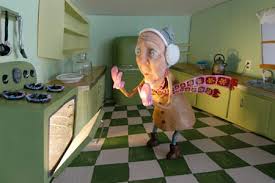 However, new analysis by Citizens Advice shows that almost 4 in 10 households that seek debt advice and receive these frozen benefits would still not have enough money to cover their costs by 2024 – even if these rises were to continue in future years. The research has been featured in The Sun, The Mirror and The Big Issue.

Dame Gillian Guy, Chief Executive of Citizens Advice, said: “Our evidence shows that increasing numbers of people simply don’t have enough money to make ends meet. While a step in the right direction, increasing benefits by inflation will not go far enough to help solve this problem.

“The benefits system was created to support people in times of need. The government should show it’s serious about meeting this ambition by properly investing in working-age benefits, and making sure fewer families are left in a downward spiral with no way to pay their bills.” 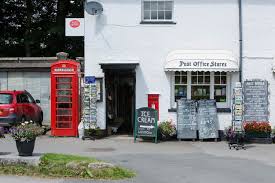 Countryfile visits the Lizard in Cornwall to discuss the importance of Post Offices. Local people expressed how important the facilities are to them, and they’re not alone in that thinking. Citizens Advice found that 81% of people described their local post office as important, while 91% of people with disabilities described the service as essential.

New metrics to be included in Citizens Advice star ratings

The consumer charity has also said it will remove failed suppliers from the star rating and adjust the rankings accordingly.

It has decided not to include telephone ringbacks and calls that are dropped before an agent is reached in its customer service metrics and will continue to investigate the use of webchat, though this will not be included at the moment.

‘My court record only emerged when I got a job’.

UK’s 2021 census could be the last, statistics chief reveals.

‘Deposit-free renting left me more than £500 out of pocket’.

A landmark Court of Appeal judgment has stopped the “floodgates opening” for wives not getting their fair share after a divorce, the Independent says.