There’s been coverage across the national press for our new research which shows Ofgem could save energy consumers a further £1.7 billion during the next set of energy network price controls (RIIO-2).

Citizens Advice is urging Britain’s energy regulator, Ofgem, to take an even harder stance on the returns energy network companies should be allowed to earn from next year, arguing an additional £1.7bn could be saved from consumers’ bills.

Citizens Advice has become a “significant voice” in the debate, says the FT, since our Missing Billions report in 2017 which claimed the energy networks were making “eye-watering profits” at the expense of the consumer.

The regulator subsequently promised to take a tougher approach on future price controls, which start next year for owners of national gas and electricity infrastructure, plus local gas grids.

Dame Gillian Guy said the networks had been “aggressively pushing back against the regulator’s proposals” but “the only thing really at risk here are the excessive profits these companies have made by overcharging consumers.”

The Times also carried our research in an article by Energy Editor Emily Gosden which described Citizens Advice as a “leading critic” of the current eight year price control.

Citizens Advice Head of Energy Networks, Stew Horne, said: “Most UK energy networks aren’t on the open market, so Ofgem has to estimate what investors would pay to invest in these companies. One of the things they look at is how risky they are.

“There is good evidence Ofgem has overestimated this, which would allow networks to make higher returns than they would in a competitive market. These changes could save consumers £1.7 billion over the course of the price control.”

The story was also written up by the Press Association and this version was used by the Daily Mail Online and regional papers such as the Express and Star in the Midlands. It’s also been covered by industry focused news outlets such as Energy Live News. 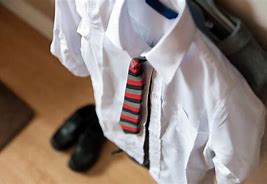 Parents whose circumstances have changed due to coronavirus are being urged to check if they can get help towards school costs.

Charity Citizens Advice says it’s had double the number of visits to the Help With School Costs page on its website compared to last year.

Rachel Ingleby, benefits expert at Citizens Advice, said: “We know the start of the school year can be a stretch for people’s budgets, particularly if you’re on a low income.

“If you’ve claimed benefits for the first time during this pandemic, or have seen your circumstances change, it’s worth checking whether you can apply for extra help with costs such as school lunches, transport or uniforms.”

The new school year will not end the childcare crisis

With the traditional September restart come warnings of renewed and continuing threats to the incomes of millions of families, according to the Independent.

It says as the new term begins, a revised sense of normal emerges and empathy over childcare crises disappears, thousands of parents and carers – especially females who are statistically more likely to be in highly impacted industries – are still missing out on their usual forms of childcare, unavoidably putting their livelihoods at even greater risk in the process.

Citizens Advice, which has started training up its advisers for a wave of redundancies, has warned that parents and carers are at least twice as likely to lose their job as the rest of the working population with two in five parents or carers at risk of redundancy, alongside shielders and disabled people.

Why you should let robots manage your money

In an article extolling the virtues of services that can automate our finances, from finding the cheapest energy supplier to playing the stock market, The Times also drew attention to our report back in March on the pitfalls of using autoswitching companies.

We said energy autoswitching sites, which are not regulated, were failing to do proper comparisons and that some autoswitchers were comparing tariffs from fewer than 15 out of about 70 possible energy suppliers.

As a result some customers were paying £70 a year more than if they had searched and switched themselves.

The original press release can be found here.

Student finance: ‘It’s tough to find money for the bills’.