Our patron, the Princess Royal, has said volunteers “don’t need certificates to make a difference.”

And coverage of the consumer service’s top five issues of 2019 continues with a write-up in The Mirror.

Princess Anne: ‘You don’t need qualifications to make a difference’ 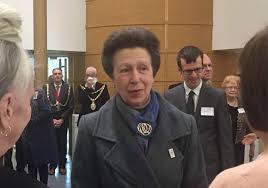 Princess Anne told the Telegraph she questions whether modern life is too obsessed with qualifications, especially when it comes to the many volunteers she comes into contact with.

“I had this discussion only yesterday!” she exclaims, “somebody said ‘do I need to have the right qualifications to be a volunteer’, and I said, by definition, you just want to be a volunteer!

“That’s the whole point! Having the qualifications is not necessarily what you’re looking for – you want somebody who is prepared to give up their time to help. And I think sometimes you need to get back to that point and say, thank you for wanting to help.” 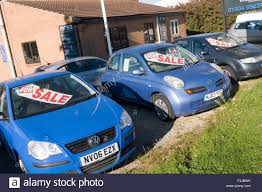 Used cars have again topped the list of consumer complaints after millions of people sought help from a charity for a variety of problems.

Citizens Advice, which runs a national consumer helpline and website, said it was contacted regarding 57,000 cases of issues with used vehicles.

“We don’t want people to let their consumer issues follow them into 2020 as, more often than not, simple steps can be taken to avoid problems,” said Kate Hobson, of Citizens Advice.

These figures were also repeated on a BBC Radio 4 news bulletin.

How to conquer debt in 2020: Five key steps to take yourself out of the red in the new decade and wrangle control of your finances

Britons are £45 billion more in debt than they were a decade ago when it comes to personal loans and credit cards.

Half of those already in debt will be in a worse financial position after Christmas with 20 percent worried they will be unable to recover, according to research from YouGov.

Graham O’Malley, debt expert at Citizens Advice, said there are six simple steps you can take to start sorting out your debts. These include: working out how much you owe and can pay, prioritising your debts, creating a budget by adding up your essential living costs, and paying urgent debts. 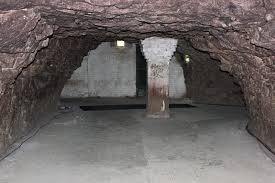 We end our 80th year with a mention for what must be one of our most unusual offices in a BBC Four documentary.

It was located in Chislehurst Caves on the edge of London, 22 miles of tunnels that became an underground town, housing 15,000 people sheltering from the Nazi bombing campaign during the Second World War.

There were so many people living underground for weeks, or even months at a time, that it raised the temperature in the caves. It didn’t return to normal for a year after the war.

As well as a Citizens Advice office, there was a chapel and a hospital. One baby was born underground and named ‘Cavina’ as she was born in a cave – her thoughts on this in later life remain unrecorded.

The Mail on Sunday featured the story of a Suez veteran, who had payments taken from his credit card for several years, to highlight a relatively new type of scam in which unscrupulous firms take advantage of so-called continuous payment authorities to take money from people without their knowledge.

Gillian Guy told the paper: “A key concern is that rogue firms can use continuous payment authorities to take payments when they want, for as much as they want, and without a customer even being told it is happening.”

She added: “Four in ten people find it more difficult to cancel than to sign up to such a subscription deal – whether for computer software or something else. Often people are lured in because of a free trial and then forget all about it. You can end up paying for a service you do not want or even use.”

Millions of commuters will have to pay an average of 2.7% more for train tickets.