Citizens Advice has appeared in stories covering a range of issues over the past week, including new plans from Ofgem to protect microbusinesses, the approaching deadline to apply for the EU Settlement Scheme and the increase in unemployment in rural areas.

‘Unscrupulous’ UK energy brokers will have to disclose commission fees

The UK energy regulator, Ofgem, will force energy brokers to come clean about the true cost of their deals by revealing their hidden commission fees to help protect more than a million microbusinesses from being ripped off. Gillian Cooper, our Head of Energy Policy, welcomed the move as a step forward in tackling bad practice, but warned that many microbusinesses still risk being subject to harsh debt recovery practices or losing money if their supplier fails. She said: “It’s vital that Ofgem and suppliers continue to improve support for those who are struggling with their bills, and work with microbusinesses to minimise the risk of disconnection.”

Our press release can be found here.

Our Debt Expert, Lorraine Charlton, offered advice in The Sun about what to do and how to access support if you’re in debt. The coronavirus pandemic has had a huge effect on millions of people’s finances and many will be behind on essential payments. Lorraine’s advice includes working out what debts need to be prioritised, agreeing repayment plans with creditors and creating a budget. 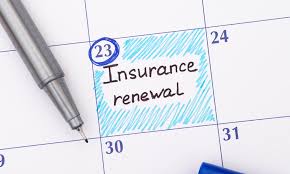 The UK’s financial watchdog has confirmed it will abolish the so-called “loyalty penalty” on consumers renewing their home or motor insurance policies.

The move follows a long-running campaign by Citizens Advice, reported the Financial Times. It quoted our Director of Policy Matt Upton as saying this was the first “really strong action” by a regulator to address this problem.

In the paper Matt contrasted it with other costly products, such as mortgages, where consumers are still defaulting to much higher borrowing costs on the so-called standard variable rate.

Our fight against the loyalty penalty made the front page of the Daily Express. The paper also ran a comment piece by Director of Policy Matt Upton in which he said:

“At the heart of [the problem with the loyalty penalty] are people who are paying over the odds – often because they’re older, on low incomes or unable to access the internet.”

“If you’re paying a loyalty penalty in insurance, there’s a fair chance you’re overpaying for broadband or mortgage too.

“The FCA has set a high bar and we need tough action. For us, and loyal customers, these full and final fixes cannot come soon enough.”

Matt also appeared on the the BBC’s One O’Clock News and the Radio 4 consumer programme You and Yours (about 2 mins in) on Friday.

He welcomed the FCA’s “strong action”, which hopefully will “stamp out” the loyalty penalty in the insurance market. but he added that other markets, such as broadband and mortgages, the FCA has not taken similar measures and customers were still paying for their loyalty.

The Citizens Advice campaign against the loyalty penalty was also mention on news bulletins on BBC Radio 2, Radio 4  and 5Live throughout the day. And we featured in a raft of other fleet street papers, including The Telegraph, The Independent, The Guardian, the i paper, the Times, Daily Mail and the Evening Standard

Our full statement can be found here.

Housing issues surge as end of the eviction ban nears

The ban on bailiff enforced evictions came to an end on bank holiday Monday. Our calls for a reform of the private rental sector, and our advice for people affected by the end of the ban, featured in the national and regional press and media.

Citizens Advice Director of Policy, Matt Upton, spoke to LBC and Director of External Affairs, Katie Martin, spoke to Times Radio and Talk Radio. Katie said: “We’re worried more landlords are going to enforce evictions on the notices they’ve served and so many more people will lose their homes, and many of them may well end up homeless.”

Our figures on rental arrears were used by the national BBC News bulletins and on the news channel. and our advice featured the Mirror and the Sun.  The story was also covered in various regional papers including the Yorkshire Post and on a number of financial website such as Your Mortgage.

The full press release can be found here.