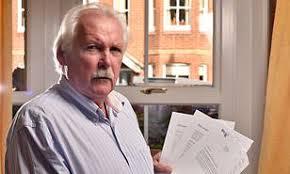 Yesterday two regulators, the Financial Conduct Authority and Ofcom, announced changes in their markets to help stamp out the loyalty penalty. We responded to both.

Under a consultation published yesterday by the Financial Conduct Authority (FCA), all savings account providers will have to set a single rate across all easy-access accounts which can be compared by consumers.

Christopher Woolard, the FCA’s executive director of strategy and competition, said the proposals ‘will prevent firms from gradually reducing interest rates over time and make them compete for all their customers.’

Gillian Guy, chief executive of Citizens Advice, said: ‘It’s been over a year since we submitted a super-complaint that found loyal customers are being penalised to the tune of £1.1billion a year when it comes to their hard-earned savings.

Gillian continues that the proposal could save people £260 million a year, and adds ‘The regulator must now hold its nerve and make sure these proposals are introduced to stop loyal customers being penalised.’ 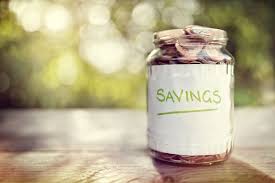 Banks will have to offer a fixed savings rate to all easy access customers, in a bid to stop banks gradually reducing rates for loyal customers.
It comes after Citizens Advice submitted a super-complaint on the loyalty penalty – in the mobile, broadband, home insurance, mortgages and savings markets – to the CMA.

Gillian Guy, Chief Executive of Citizens Advice, said: “It’s been over a year since we submitted a super-complaint that found loyal customers are being penalised to the tune of £1.1 billion a year when it comes to their hard-earned savings.

“It’s great to see the FCA are cracking down on the loyalty penalty and introducing a new single easy access rate, a move it predicts will save people £260 million a year.

“The regulator must now hold its nerve and make sure these proposals are introduced to stop loyal customers being penalised.”

Here’s the full Citizens Advice response to the FCA announcement on cash savings. 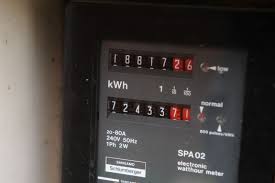 However in 2019 Citizens Advice said it helped 2,691 people in England and Wales with catch-up bills.

Gillian Guy, chief executive of Citizens Advice, said that a “large and unexpected bill is very worrying for anyone who receives it”.

Gillian added: “Customers who think their gas or electricity supplier may be billing them unfairly should contact the company directly in the first instance.”

Mobile phone giants charging for handsets that customers have already paid off could face a flood of PPI-style compensation claims says the Mirror.

The calls come ahead of new industry measures designed to cut phone bills. New guidelines will mean users automatically roll on to a cheaper sim-only plan, where they pay for airtime only, at the end of their contract.

A Citizens Advice report in 2018 estimated four million users had paid £500 million for sets they owned. 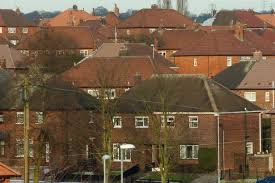 More than 100 Stoke-on-Trent council tenants have been evicted from their homes over a 12-month period because they haven’t been able to pay their rent.

Simon Harris, chief executive of Citizens Advice Staffordshire North and Stoke-on-Trent, said: “Many of these people are in a precarious financial situation. We see people who have been evicted due to the bedroom tax and people who are still affected by the benefit cap.

“If people genuinely can’t pay and have made efforts then that is a different situation. The benefit changes have meant some people are always going to struggle.”

Ray Davies project leader in Citizens Advice Hull and East Riding’s debt team says that in the local area 80% of council housing tenants on Universal Credit are in rent arrears. Ray explains that this reflects the national picture.

Ray continues that the five-week wait makes it difficult to manage money, and coupled with the fact that people only seek to earn £73.10 a week, it means they’re starting off on the back foot. As a result people frequently turn to payday loan companies which offer loans with huge interest.

Ray says that the local charity has seen great hardship and there’s a notable link between the introduction of Universal Credit in an area and foodbank use.

The government has been urged to consider imposing restrictions on pay-as-you-go mobile phones to prevent their illegal use.

Only one in eight bosses who pay workers less than the minimum wage are caught by government inspectors.

Bosses of Britain’s leading firms will be paid more within three working days of 2020 than the average employees’ annual wage.