3 things we said this week

3 things we said this week

1. The Chancellor has a crucial opportunity at the Budget next week

With every benefit application and foodbank referral, our advisers see — first-hand — the impact of the coronavirus pandemic and the devastation of this crisis. Now, though, they face the difficult task of warning families their incomes are set to be cut by £20 a week from April. Maintaining the £20 a week Universal Credit uplift for at least a year is the right thing to do — and the Chancellor must use the Budget on Wednesday as an opportunity to intervene.

Read our Acting Chief Executive, Alistair Cromwell’s, opinion piece in the Yorkshire Post, ‘Why Universal Credit lifeline for poor must be maintained in Budget’.

2. “I didn’t choose this new lifestyle. After working for 30 years it’s devastating to see everything just go up in smoke.”

Elaine was furloughed last March before being made redundant in October. Since then, she’s applied for Universal Credit and has been looking for jobs — but has found it an uphill struggle. For Elaine, the £20 a week uplift to the benefit has been the difference, allowing her to scrape by week-by-week despite higher heating and food bills following the new year. With almost 6 million people now claiming Universal Credit, many people may face financial turmoil if the uplift isn’t extended for at least a year.

Read Elaine’s story and more in the Independent.

Has your employer ever told you you won’t get paid if you take time off? In our latest TikTok we tackle Terry, a manager who doesn’t know employees get statutory holiday, and share advice on your entitlement to paid holidays as a worker. 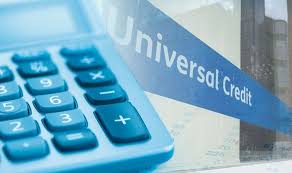 The number of universal credit claimants has doubled during the pandemic according to latest government figures – leading to fresh concerns about plans to cut the £20 a week uplift in April. Here’s our press release which has been picked up by the national papers.

Number of universal credit claimants doubles since start of pandemic

Government figures released on Tuesday show the number of people receiving universal credit has surged from 3 million in March 2020 to 6 million last month.

Alistair Cromwell warned that the loss of the £20 uplift “could spell financial turmoil”, with “increased debt and hardship” for many families who are already struggling.

Maggie Bonser, an adviser at Citizens Advice Rotherham, echoed his concerns, saying: “We’re having to let people know that their benefits might drop by £20 a week in April. For someone already struggling, that’s catastrophic. They simply have no wiggle room in their budget.”

The Express also quoted Alistair and our case study Elaine who said: “After working for 30 years, it’s devastating to see everything just go up in smoke.

“We’re just about managing, but I have no contingency plan. If we lose that extra £20-a-week in April I just don’t know how I would cope.

“That would be the food shop gone. The stress of scraping by week to week is really getting to me and it’s been made worse by this extra uncertainty.”

The former Labour shadow chancellor, John MacDonnell, used our research showing six million people have fallen behind on household bills because of Covid in an opinion piece in Sunday’s Independent. The figures were then also referenced on LBC and on Sophy Ridge on Sunday on Sky News.

Alistair Cromwell has set out why we believe the government should commit to a year-long extension of the Universal Credit uplift in an opinion piece in the Yorkshire Post.

Alistair says: “With each benefits application and food bank referral, our staff and volunteers see the devastation of this crisis. They now face the difficult task of warning families about an impending £20-a-week cut to their income.

“The Chancellor has a crucial opportunity to intervene at the upcoming Budget. Maintaining the Universal Credit uplift for at least a year is the right thing to do – both for people who have lost their livelihoods in this pandemic and for our fragile economy.”

We’ve updated our regional media pack for the #KeepTheLifeline campaign to give some more detail on key messages for broadcast interviews ahead of next week’s budget. You can find it all here.