Telephone
Online Enquiry
Foodbanks
An Income to Live by 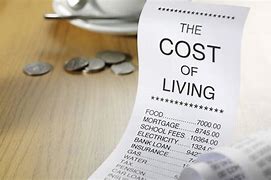 Local and national Citizens Advice featured in a series of broadcast news items this week, including an ITV piece on rising costs of living and BBC coverage on energy price cap changes.

Cost of living at crisis point

Chief Executive Clare Moriarty appeared as part of a package looking at the mounting financial pressures facing households, with energy costs rising and tax increases due in April. ITV filmed at Citizens Advice Southwark and highlighted the growing number of calls received from households struggling to make ends meet.

Our research that average energy bills could soar by £614 this year is cited.

Gillian Cooper, Head of Energy Policy at Citizens Advice, is quoted: “There’s clear evidence that billing systems and processes at some suppliers have not been fit for purpose. Ofgem [the energy regulator] must ensure suppliers are following its rules on providing accurate bills.”

Why is the energy price cap going up?

Our research on supplier failures featured in The Sunday Times (print) and in The Daily Express.

Our recent lines on the “desperate decisions” people are facing between eating or heating their homes made. Head of Policy Morgan Wild said: “With the hefty blow of further price hikes in April, things are set to go from bad to worse.”

Tom Togher from Citizens Advice Salford wrote about price increases for In Your Area. Tom said the charity is “already seeing the effects of the cost of living crisis in our data.”

The article praises our campaign against the loyalty penalty, saying Citizens Advice “does sterling work, much of it understated and low key.”